Near the rural town of Winton, Queensland, a truck driver hears a wild dog growling and finds the body of a teenage g... 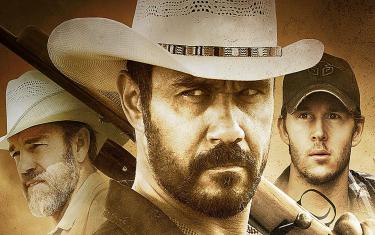 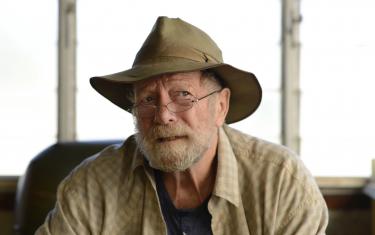 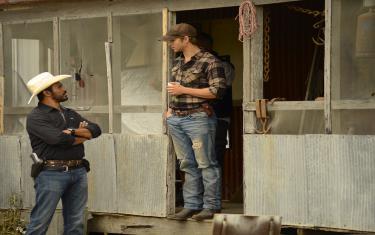 Show full gallery
File Size
868MB
Duration
2h 1min
Languages
English
Quality
720P
Story
Near the rural town of Winton, Queensland, a truck driver hears a wild dog growling and finds the body of a teenage girl named Julie Mason inside one of the tunnels. Detective Jay Swan (Aaron Pedersen) is called from the city to investigate the murder. He learns from his informer Oldboy (Jack Charles) that Julie was a drug addict and discovers that she used to have sex with truck drivers for money. He then tries to speak with Julies friend Tarnie (Siobhan Binge) but she refuses to talk. One night, Jay follows his colleagues, Johnno (Hugo Weaving) and Robbo (Robert Mammone), and sees them arrive at a run-down building in the middle of nowhere. When they spot him in the distance, he flees and they flag him down. Johnno asks him if he has ever killed anyone accidentally, later adding that he was just kidding.A neighborhood boy tells Jay that he has found Julies phone and gives it to him in exchange for holding Jays gun. Jay finds several text messages to his teenage daughter, Crystal. He visits his ex-wife Mary (Tasma Walton) and asks if he can speak to Crystal. He asks her if she wants to move to the city with him, but she runs off, crying. Jay searches a farm near to the scene of the crime and meets its owner, Sam Bailey (David Field). Sam mentions wild dogs prowling the area. Before Jay leaves, he sees a young man (Ryan Kwanten) leaving in a white hunting truck. Jay visits a old man who had reported wild dogs eating human bones, who tells him to look for people gone missing recently. Jay finds out that teenage girl Nellie Dargon has also gone missing. Upon hearing that Julie frequented the Dusk till Dawn motel to sleep with truckers, Jay sets out to find a man who was there the night of her death.When he asks the motel owner (Zoe Carides) of any frequent guests who stayed on that night, she tells him about William Smith, who drives a white hunting truck. He tracks the car down and arrives at a house in the middle of nowhere. Upon seeing Smith, Jay realises he is the same man he saw at Sams farm. Smith insults Jay, refuses to speak and states that he works as a kangaroo hunter. He and his biker roommate intimidate Jay. Jay goes back to the police station and searches for Smiths police record, but fails to find one. He does a search of the plate number and finds that Smith is actually Sams son, Pete.The next day, Jay follows Pete onto a local street. Pete gets out of his car and Johnno enters, unaware of Jay. Jay follows Johnno to a resting place where he meets up with a local criminal named Wayne Silverman (Damian Walshe-Howling). Jay arrives at Waynes house, but Wayne sees him and flees. Jay blocks his way with his car and arrests him. Wayne mentions that he was asked to look after some heroin and he left it in his car. When he left the car, it got stolen. In the middle of the interrogation, Johnno knocks on the door. He tells Jay to leave and reveals that Wayne is his informant.Later, Jay sees a suspicious orange car and drives up to a hill, where he uses his Winchester rifle to scope the car. A Land Rover appears and the orange cars driver pulls Wayne out and hands him over to the Land Rovers driver. They execute him and leave. He finds Nellies dead body and receives a call from the local pathologist that the fabric from a car seat was found under Julies nails. Jay meets Johnno and discovers that Johnno isnt corrupt and he wants to help Jay, but needs him to search Julies house to find the "missing piece of the puzzle." He also tells Jay that Robbo is involved in the drug business. Jay searches the house and opens the back of the TV, finding several bags of cocaine. Jay arranges a trade in the hill.Jay arrives at the hill and the two cars show up. A man wearing a hockey mask exits one of the cars and Jay gives him the bag. As Jay stands there, a surprise shot from a distance hits him in his arm. A shootout ensues and Jay is wounded again. Jay sees Petes truck in the distance and his windshield is shot out by Pete. Pete attem
available subtitles (you can download them from above!)
English || Portuguese (BR) || Finnish || Basque || Italian || Norwegian || Greek || Spanish || Serbian || Arabic || Ukrainian || Hungarian || Vietnamese
Notes:
- you can download movie and subtitles from the above button 'Download Now'.
- the above download button is REAL! we're using here Adshrink service!
- We Are human, and we may make mistakes, please report below if there is an error.
Keywords: