Titus Andronicus: A revenge/horror/tragedy play. After the Goths are defeated in battle, Titus, the general of the Ro... 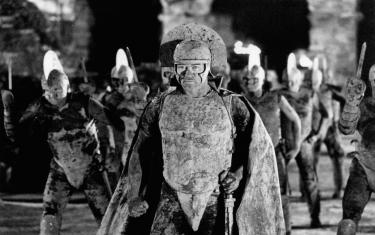 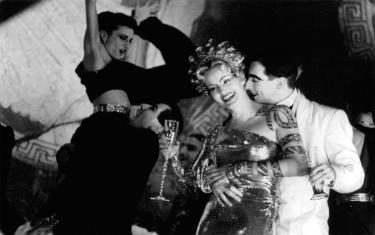 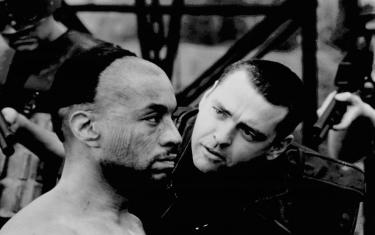 Show full gallery
File Size
1.1GB
Duration
2h 42min
Languages
English, Latin
Quality
720P
Story
Titus Andronicus: A revenge/horror/tragedy play. After the Goths are defeated in battle, Titus, the general of the Roman Army, sacrifices the eldest son of Tamora, the queen of the Goths. Tamora vows revenge. The sons of the old Roman Emperor, Saturninus and Bassianus, both want to be Emperor of Rome - Titus chooses Saturninus. Saturninus wants to marry Titus daughter, Lavinia, but she runs away and marries his brother, Bassianus. Lavinias brothers, Titus sons, protect her. Titus, feeling he has been disgraced, kills one of his own sons for protecting Lavinia. Saturninus, angry that Lavinia ran away, marries Tamora, queen of the Goths.Everyone goes hunting. Tamora, her sons and Aaron, a black moor and Tamoras secret lover, meet Lavinia and Bassianus in the forest. Tamoras sons kill Bassianus, then rape Lavinia, cut off her hands and cut out her tongue. Aaron tells Saturninus that two of Titus sons murdered his brother, Bassianus. Saturninus condemns Titus sons to death.Marcus, Titus brother, finds Lavinia wandering in the forest and gives a 47 line speech lamenting her missing body parts rather than giving her first-aid.Aaron tells Titus that his sons will not die for the murder of Bassianus if he chops off his own hand and sends it to Emperor Saturninus. Titus does so but Aaron returns with a box containing Titus hand and the heads of his two sons. Tamora has a baby whose father is Aaron, not Emperor Saturninus. Aaron cares for the baby but kills the nurse and the mid-wife to keep the secret. Finally, Titus finds out that it was Tamoras sons who had raped and mutilated Lavinia. He captures Tamoras sons, kills them, chops them up into little pieces, bakes them into a pie and invites Tamora and Emperor Saturninus to a special dinner party and serves them the pie. Then, in front of Tamora and Emperor Saturninus, Titus kills his daughter, Lavinia, to end her dishonor. After Tamora finds out she has eaten her own sons in a pie, Titus kills her. Saturninus then kills Titus. Lucius, Titus oldest and only remaining son, then kills Saturninus. Lucius becomes the new Roman Emperor. Aaron is buried up to his neck in the ground and left to starve to death. Lucius cares for Aarons baby. All in all, 14 people die in this very bloody play.
available subtitles (you can download them from above!)
English || Spanish || French || Swedish || Danish || Norwegian || Dutch || Portuguese || Croatian || Hungarian || Finnish || Serbian || Turkish || Arabic || Slovenian || Czech || Polish || Italian || Persian
Notes:
- you can download movie and subtitles from the above button 'Download Now'.
- the above download button is REAL! we're using here Adshrink service!
- We Are human, and we may make mistakes, please report below if there is an error.
Keywords: