In the opening scene, we are introduced to four high school girls whom are blessed with beauty and charisma. They are... 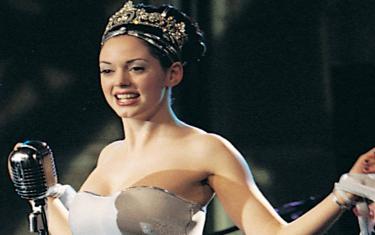 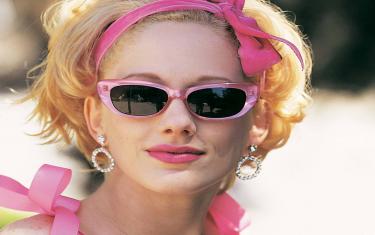 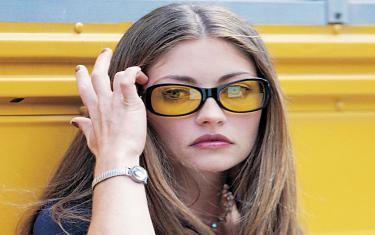 Show full gallery
File Size
630MB
Duration
1h 27min
Languages
English
Quality
720P
Story
In the opening scene, we are introduced to four high school girls whom are blessed with beauty and charisma. They are known as the "Flawless Four" who are the most popular girls in Reagan High School in southern California. The clique consists of Courtney Shayne (Rose McGowan) known as Satan-in-heels; Marcie Fox (Julie Benz) known as Foxy; Julie Freeman (Rebecca Gayheart); and Elizabeth Purr (Charlotte Ayanna), known as the "Princess Di of Reagan High." Of the four, Elizabeth Purr was the only one who was genuinely kind-hearted and loved by the entire school. Julie was "doomed to be popular because of that face and because she was best friends with Elizabeth Purr". Cold-blooded queen bee Courtney and her airheaded friend, Marcie, demand respect through terror.However, Courtney, Marcie and Julie play a mindless prank on Liz the morning of her seventeenth birthday, by performing a fake kidnapping: They surprise Liz in bed, bind her with ropes (with Courtney ramming a jawbreaker candyball into her mouth to gag her) and cover it with duct tape. The girls trap Liz, dressed only in a shirt and panties, in the trunk of a car, as she struggles and squeals through her gag, and drive off. They plan to take the bound, gagged, and helpless girl to a restaurant and "stuff her face with pancakes". However, upon opening the trunk, they are greeted with the grisly sight of Liz dead, having choked to death by aspirating the jawbreaker into her larynx.Horrified, Julie wants to go to the police but Courtney forbids her. Instead, Courtney calls the school pretending to be Lizs mother and tells them Liz is ill and cannot attend school. To keep up appearances, Courtney, Marcie and Julie then go to school as though nothing had happened. When the principal sends school outcast Fern Mayo (Judy Greer) to deliver Lizs homework at the end of the day, she stumbles upon the three girls and Lizs mangled and decomposing body. Out of jealousy, Courtney fabricates a story that Liz died at the hands of a rapist, and plots to tarnish Lizs good reputation by spreading false rumors that she was actually a rebellious, promiscuous girl, and not the perfect angel she made herself out to be.Fern, who had admired Liz to the point of hero worship, is appalled and attempts to flee the house, but the girls easily catch her. To buy Ferns silence, Courtney accepts Fern into the clique, telling her to take Lizs place. Courtney and Marcie then give her a makeover, transforming her from plain and awkward to elegant and beautiful. Later in the school cafeteria, Courtney introduces Fern as the beautiful exchange student "Vylette." Julie, overwhelmed by guilt at her part in Lizs death, distances herself from the clique, only to be shunned and tormented by her former friends and becomes a new target for abuse throughout the school. Her only real friend during this time is her drama student boyfriend, Zack.Meanwhile, a police detective, Vera Cruz (Pam Grier) begins investigating Lizs death after her body was discovered by her parents who arrived home from a long vacation. With some cooperation from the wary principal Ms. Sherwood (Carol Kane), Detective Cruz interogates all of Lizs friends (Courtney, Marcie, and Julie included). All of them deny knowing anything about Lizs death. Fern/Vylette however comes across as suspicious due to her demeanor. But without any evidence, Cruz allows Vylette to remain free.As Vylettes popularity soars, Julie watches in mute horror as Courtney spins a relentless web of lies, trickery and manipulation to cover up the murder and maintain her popularity at the school.A few days later, Julie learns from Detective Cruz (to her disgust) that after theyd returned Lizs corpse to her house, Courtney went out and seduced a stranger (Marilyn Manson) at a sleazy bar and had sex with him in Lizs bed, making it seem as though he had raped Liz.Meanwhile, Vylette becomes intoxicated with her newfound popularity, which has eclipsed Courtneys own. Realizing she has
available subtitles (you can download them from above!)
Arabic || Chinese (simplified) || Chinese (traditional) || Hebrew || English || French || Dutch || Bosnian || Turkish || Arabic || Spanish
Notes:
- you can download movie and subtitles from the above button 'Download Now'.
- the above download button is REAL! we're using here Adshrink service!
- We Are human, and we may make mistakes, please report below if there is an error.
Keywords: