Nile Valley, 3,600 B.C.The people of Egypt are bowing down and chanting the name of En Sabah Nur (the ancient Egyptia... 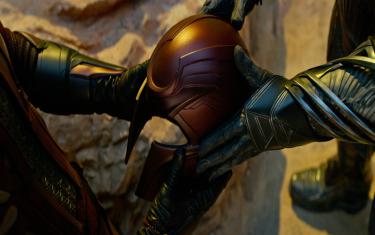 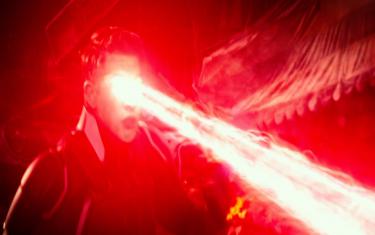 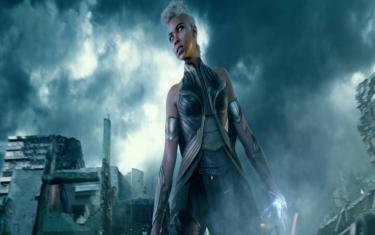 Show full gallery
File Size
1GB
Duration
2h 24min
Languages
English, Polish, German, Arabic, Egyptian (Ancient)
Quality
720P
Story
Nile Valley, 3,600 B.C.The people of Egypt are bowing down and chanting the name of En Sabah Nur (the ancient Egyptian language for Apocalypse), a powerful being. He is brought into his pyramid by his Four Horsemen - Pestilence (Warren Scherer), Famine (Rochelle Okoye), Death (Monique Ganderton), and War (Fraser Aitcheson). They are set to begin a process to transfer En Sabah Nurs consciousness into the body of a younger successor (Oscar Isaac). As the sun hits the top of the pyramid, the process begins. Outside, the citizens of Egypt turn on their leader and send massive pillars sliding down into the pyramid to kill En Sabah Nur and the Horsemen. The Horsemen fight back against the other Egyptians as the pillars begin to destroy the pyramid. Death manages to form a protective shield on the successor before she and everyone else is crushed. The process is complete, but En Sabah Nur remains trapped beneath the rubble.We jump to Ohio in the year 1983. A high school classroom is discussing the events of 10 years earlier when Erik Lensherr/Magneto (Michael Fassbender) attacked the peace summit in Paris, and Raven Darkholme/Mystique (Jennifer Lawrence) stopped him. One student, Scott Summers (Tye Sheridan), complains that his eyes are hurting. A classmate mistakes it as him winking at his girlfriend. Scott retreats to the bathroom and hides in a stall. The classmate enters and threatens to kick his ass. Scott then opens his eyes and releases a powerful blast that knocks the other kid against the wall.In West Berlin, a bunch of people are gathered in a secret location to witness the mutant Angel (Ben Hardy) fighting a large fat mutant (possibly Blob). After taking him out, Angel prepares for his next challenger. Some men bring in the challenger locked inside a box. He is Kurt Wagner/Nightcrawler (Kodi Smit-McPhee). Nightcrawler is able to teleport as far as he can see, but within the cage where they fight is an electrical lining that prevents him from escaping. Meanwhile, Raven has made it in and she increases the voltage in the cage. Nightcrawler manages to take Angel down and pin him against the cage, frying Angels wings. With Ravens help, Nightcrawler escapes the place.Erik now lives in Poland under the name Henryk Gorzky. He works at a factory and has a wife, Magda (Carolina Bartczak), and a daughter, Nina (T.J. McGibbon). Erik tells Nina a bedtime story that he heard from his parents. She asks him what happened to them, and Erik explains how his parents were taken from him.Scotts brother Alex/Havok (Lucas Till) takes him to Xaviers School For Gifted Youngsters with bandages over his eyes to prevent another incident. Scott meets Hank McCoy/Beast (Nicholas Hoult), who is now a teacher, and then bumps into Jean Grey (Sophie Turner), a telepathic mutant. Alex brings Scott to Charles Xavier (James McAvoy). Scott removes his bandages to hit a target, but he ends up splitting a tree that Charless grandfather planted. Highly impressed, Charles says Scott is enrolled.Meanwhile, Raven brings Nightcrawler to a location where a mutant named Caliban (Tomas Lemarquis) is helping other mutants create fake IDs and passports. Nightcrawler gets his picture taken so that Raven can take him to the U.S.In Egypt, an archeologist named Moira MacTaggert (Rose Byrne) discovers a hidden underground chamber that leads to the resting place of En Sabah Nur. A group of his followers recite a chant that revives him in his fully powered Apocalypse form. The followers are buried by the ensuing explosion, while Moira manages to get out. The explosion triggers an earthquake that can be felt throughout most of the continent, including in Eriks workplace, where a large vat of molten metal falls and nearly crushes a man until Erik manages to manipulate it to save the man.At night, the students at school feel something wrong. Charles tells them all to stay in their rooms. He goes into Jeans room as she is trembling and moaning. Charles looks inside her head and sees
available subtitles (you can download them from above!)
Arabic || English || Portuguese (BR) || Spanish || Portuguese || Dutch || French || Arabic || Romanian || Polish || Swedish || Greek || Finnish || Italian || Spanish (EU) || Serbian || Chinese (traditional) || Danish || Croatian || Estonian || Chinese (simplified) || Hungarian || Sinhalese || Lithuanian || Norwegian || Ukrainian || Hebrew || Malay || Bulgarian || Czech || Indonesian || Persian || Japanese || Khmer || Vietnamese || Burmese
Notes:
- you can download movie and subtitles from the above button 'Download Now'.
- the above download button is REAL! we're using here Adshrink service!
- We Are human, and we may make mistakes, please report below if there is an error.
Keywords: