Venus "Vee" Delmonico (Emma Roberts) is a high school senior living on Staten Island. She surfs the web and... 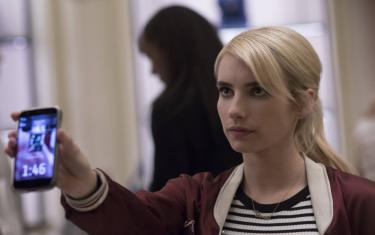 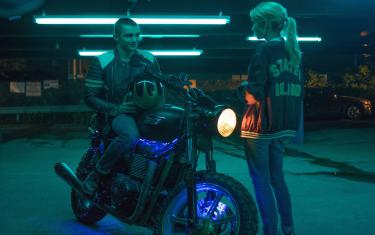 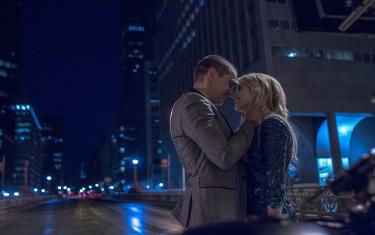 Показать все
Размер файла
1.6GB
Длительность
1h 36min
Язык
English
Качество
1080P
Сюжет
Venus "Vee" Delmonico (Emma Roberts) is a high school senior living on Staten Island. She surfs the web and gets a Facebook notification from her crush, J.P. (Brian Marc), who tagged her in a photo that she took. Vee gets a Skype chat invitation from her friend Sydney (Emily Meade). Syd mentions a game called Nerve that is about to launch for the next 24 hours. The game involves "watchers" and "players" - the players are given dares to do in exchange for money, while the watchers pay to watch everything happen. Syd has signed on to play and encourages Vee to join her, but she declines.Vee wants to go away for college but is worried about leaving her mom Nancy (Juliette Lewis) behind all by herself. Its been years since Vees brother died, and neither of them have really gotten over it.At school, Vee takes photos for the yearbook, but most of them feature J.P. She joins her friends Tommy (Miles Heizer), Liv (Kimiko Glenn) and Wes (Marc John Jeffries) at a pep rally. Syd gives Liv her phone to record her dare. She joins her fellow cheerleaders and moons the entire school. Her dare is complete.The gang later goes out to eat. Syd keeps trying to get Vee to join Nerve since Vee never takes risks. They see J.P. sitting with his buddies. Syd decides to go over and talk to J.P. for her. She asks him if he would be interested in going out with Vee, but J.P. says shes not his type. Upset, Vee leaves and goes home. She logs onto Nerve and is told the rules before she makes a move. Dares must be recorded on the players phones, and if they bail or fail, they lose their money. Also, nobody can snitch on Nerve, or itll end very badly. Vee decides to become a player. Immediately, Nerve starts to obtain all of Vees personal information.Vee calls Tommy to take her to a diner for her first dare. She must kiss a stranger for five seconds to get $100. The clock is ticking as she hesitates to pick someone. She spots a guy named Ian (Dave Franco) reading her favorite book, Virginia Woolfs "To The Lighthouse". Vee kisses him while Tommy records. The dare is done. Vee goes over to Tommy, who is more annoyed than anything (he secretly likes Vee). When she turns around, Ian is gone. He is then spotted going all around the diner singing and putting on a grand performance as part of his dare. He goes to Vees table, and she is dared to go to the city with him for $200. Although uncertain at first, Vee joins Ian on his motorcycle, leaving Tommy behind.Vee and Ian make it into the city and part ways. She then gets a new dare to try on a couture dress. Vee tries it on and then finds Ian in the same store trying on a suit. When they go back into their dressing rooms, they find all of their stuff is gone. The next dare for both of them is to leave the store. They remove their clothes and leave in their underwear. A bunch of watchers record them as they leave. They find the clothes from the store on Ians motorcycle for them to keep. Their phones then buzz for the next dare. Before they head out, a player named Ty (Machine Gun Kelly) passes them and comments on their dares, and he also implies that he personally knows Ian.Tommy stays at the diner and decides to watch what Vee is doing. He gets in touch with his hacker friend Azhar (Samira Wiley) and asks for "a ticket to Aruba". Azhar thinks its risky, but she sends him a code for access to a site called Aruba. Tommy discovers past videos of Ian playing Nerve a year earlier. He stole the motorcycle and was hanging from a crane with two other guys.Syd is going around the city with Liv and Wes to continue her dares while gaining more followers. She becomes displeased when she learns Vee is catching up to her watcher count.Vee and Ian go to a tattoo parlor. Ian draws a secret tattoo for Vee to get. It turns out to be a lighthouse as a nod to her favorite book.Nancy then notices that money is being transferred into her and Vees joint account. She calls Tommy to ask whats going on. Tommy, unable to snitch, says Vee got
доступны субтитры (вы можете скачать их сверху!)
Arabic || English || Portuguese (BR) || Portuguese || Dutch || Italian || Indonesian || Greek || Estonian || Norwegian || Hebrew || Turkish || Spanish || French || Swedish || Finnish || Serbian || Korean || Romanian || Bosnian || Polish || Hungarian || Arabic || Chinese (traditional)
Примечания:
- вы можете скачать фильм и субтитры к нему с помощью кнопки выше 'Скачать Сейчас'.
- вышеуказанная кнопка загрузки РЕАЛЬНА! мы используем здесь сервис Adshrink!
- Мы люди, мы можем совершить ошибку, пожалуйста, сообщите ниже если вы нашли ошибку.
Ключевые Слова: