In the opening scene, shot from a video camera, its New Years Eve, sometime in the early 1990s. Five high school frie... 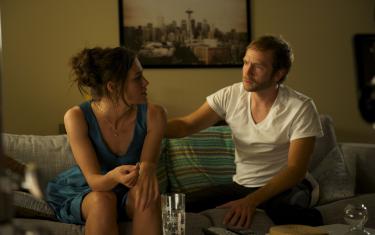 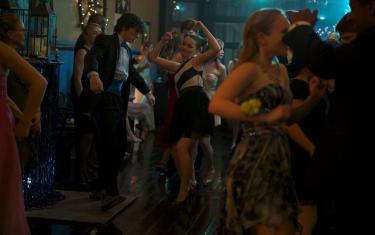 Show full gallery
File Size
756MB
Duration
1h 39min
Languages
English
Quality
720P
Story
In the opening scene, shot from a video camera, its New Years Eve, sometime in the early 1990s. Five high school friends are out on the town recording their night, having fun and enjoying their time together. They sneak into a hotel pool and go skinny dipping.Ten years later, we catch up with one of those friends, named Megan (Keira Knightley). Shes a slim, attractive, typical all-American woman living in Seattle, Washington who is 28-years-old with an advanced degree from a prestigious college, yet she works for her father Ed (Jeff Garlin) as the sign girl for his local tax advice business. Ed loves his daughter but he is too easy on her in regards to her low ambitions. Megan lives with her high school sweetheart boyfriend Anthony (Mark Webber), who is a relatively successful photographer.Megan meets up with her three best friends, Allison (Ellie Kemper), Savannah (Sara Coates), and Danielle (Kirsten deLohr Helland) for a little get-together in anticipation for Allisons wedding. They check out the venue for the bridal shower. There is a big Buddha statue in the place, and Megan tweaks the nipples on the statue as a joke. The ladies sit together to play a bridal shower game, which gets awkward when Megan uses Allisons fiances name in a sexual context. Allison is upset by this and also by Megan tweaking the statues nipples.Megan and Anthony go to Allisons wedding a few nights later. Megan tries to resist laughing at the corny wedding vows and the even cornier dance that the newlyweds do. The music later plays for everyone to dance. Megan and Anthony slow dance, and he takes the chance to begin his proposal to Megan. He only kneels before Megan panics and pulls him back up on his feet, saying it would be inappropriate to do this on Allisons night, but Anthony assures her that he ran it by Allison and she was excited for them. Allison then comes over and asks Megan to find Allisons mother. Megan does so and ends up finding her dad outside making out with Allisons mom, and she sticks her hand down her pants. Horrified, Megan runs back into the party and makes an excuse to go.She retreats to the parking lot of a supermarket, where she is approached by a teenage girl named Annika (Chloe Grace Moretz). She goes up to Megan and asks her if she can buy her and her friends beer if they give her money. Annikas friends also chime in to ask for coolers and wine. Megan buys it all for them, and some fruit for herself. She hands the kids their stuff, and then notices the skateboard of Annikas friend Patrick (Dylan Arnold). She flips it with her foot, to the amusement of the kids. She is about to leave, but the kids want her to hang out. They end up throwing toilet paper at someones house and going to the park to drink all the booze. Megan drunkenly talks to one of the kids, Misty (Kaitlyn Dever), about how she feels left out of her group after the awkwardness at the bridal shower party. Misty tells her to not make this a sad conversation since they notice Patrick looking sad since his parents are splitting up and his dad is being a dick about it. Megan then goes over to Annika, who is talking to the third friend, Junior (Daniel Zovatto). After Junior leaves, Annika tells Megan that her mom left her and her dad years ago. She gives Megan a disposable phone, which is when Megan realizes how late it is and she leaves.Upon returning home, Anthony finds Megan and asks what happened to her. She makes an excuse about how she drank too much and got sick and had to leave. He then brings up the "kneeling" and figures she may not be ready for something so big, but he suggests that they can go to Vegas and elope. Megan says yes, but she tells him to wait a week because she claims to be going to a self-help seminar in Orcas Island in Puget Sound. Anthony supports her and agrees to wait a little longer.The couple goes to a brunch held by Allison. She is upset with Megan for leaving early since she missed the group photos and other things. Megan spots her
available subtitles (you can download them from above!)
Portuguese (BR) || English || German || Portuguese || Italian || Chinese (simplified) || Greek || Croatian || Czech || Arabic || Slovenian || Swedish || French || Polish
Notes:
- you can download movie and subtitles from the above button 'Download Now'.
- the above download button is REAL! we're using here Adshrink service!
- We Are human, and we may make mistakes, please report below if there is an error.
Keywords: